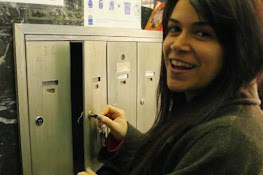 Todd is a Producer for Comedy Central's The Opposition with Jordan Klepper where he travels across the US examining "Trump's Amercia." He also recently directed the hour-long documentary special JORDAN KLEPPER SOLVES GUNS which takes a serious look at the hilarious topic of guns.

Praise for THANK YOU, DEL:

"Thank You Del is an engrossing and surprisingly moving documentary that commands respect for the man who elevated improv... thereby enhancing comedy worldwide."
- Consequence of Sound

"What makes the film an ultimately warm rendering of a life well lived are the acknowledged geniuses who credit Close for the inclusive, massive, and still-booming comedy community."
- Austin Chronicle

One time Todd found a roll of film in Brooklyn that led him on a worldwide search for the owner. He documented his experience and TIME Magazine called it “Youtube’s Greatest Adventure” and ABC News called him a “real life international man of mystery.”